You are here: Home » Winning artists are Bridging Medway 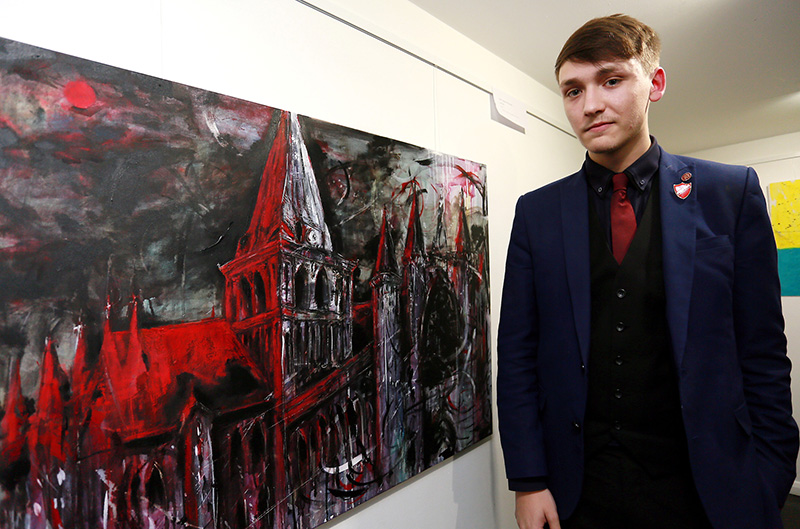 Art and bridges have been celebrated with two awards ceremonies.

The finalists of the Bridging Medway competition were invited to participate in exhibitions of their work, before the winners were announced at presentation evenings.

Run by Nucleus Arts in partnership with the Rochester Bridge Trust the contest was split into two categories, one open to adults (aged 18 and over) and the second to children (aged seven to 17 at the time of the closing date).

Genevieve Tullberg of Nucleus Arts said: “We were very pleased by the high standard and variety of entries to this competition, and the judges had a tough time selecting their winners. It was wonderful to see creative of all ages and practices celebrating our bridges – figuratively as well as symbolically.” 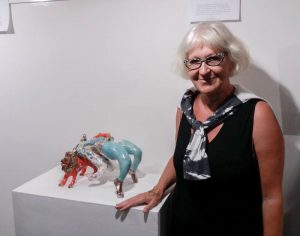 In the junior contest, the winners were divided into primary and secondary school age groups, with three joint winners in each category. Abigail Cole and Cece Moore, both 10 from Wainscott Primary School, and Faaiqa Mujahid, aged nine and from Byron Primary School, won one age group. Among the seniors the winners were: Snehaa Banerjee, 11, of St Andrews School; Jasmin Katieva, 12, Rainham School for Girls; and Eden Jackson-Knowles, 17, St John’s Catholic Comprehensive School.

Caroline Chisholm, Education Officer for the Rochester Bridge Trust, added: “Here at the Trust we’re keen to inspire the next generation, and so it was a pleasure to see how many young people had gone to the effort of taking part in this competition. There were some truly outstanding pieces of art and it was good to also see how much our Old Bridge was used as a source of inspiration.”

Winners from the adult competition received £1,000, £500 and £250 respectively. Prizes for children were tickets to an activity park, determined according to age suitability.